The Rothesay Rooms Seasonally-inspired, locally-sourced Scottish food, served in a traditional Highland setting. A less formal setting in which to enjoy a laidback gathering with either family or colleagues.

About The Rothesay Rooms

Nestled besides the rugged contours of the Craigendarroch Hills, The Rothesay Rooms in Ballater is at the heart of a vibrant and welcoming community. It is a collaborative project between local groups and the outreach programme of HRH The Duke of Rothesay’s charity, The Great Steward of Scotland’s Dumfries House Trust, in the wake of disastrous floods.

In December 2015 Storm Frank battered Scotland and the River Dee, which flows through some of the most scenic parts of the country, burst its banks and decimated local homes and businesses in Ballater.

His Royal Highness The Prince Charles, Duke of Rothesay visited the village, which is just six miles to the east of Balmoral Castle, shortly after the incident and pledged his support to rejuvenate the village. A Ballater Flood Appeal was quickly established and the generosity from companies and individuals in the surrounding area was incredible.

In response to such overwhelming support, the idea to create a new eaterie to help rejuvenate the community and drive local business was formed. The project was galvanised further by the Cooperative Group, who kindly offered the use of a former convenience store in the village.

The result is a restaurant championing the best in organic, locally-sourced produce. The 40-seat restaurant is located on the ground floor and is perfect for both intimate tables and larger groups. Decorated in the Highland style throughout, the relaxed interior boasts an array of antiques and bespoke wooden tables. The vibrant Duke of Rothesay tartan and soft glow of candlelight provide a charming accompaniment to an elegant meal or post-prandial drink.

Since opening in 2016, the Rothesay Rooms has won North East of Scotland Restaurant of the Year Award 2017 and gained entry into the Michelin Guide.

The Dumfries House Trust Outreach Programme is inspired through the success created by the Heritage Led Regeneration project at Dumfries House Estate in East Ayrshire. Community projects, education and training lie at the very heart of all the work undertaken by the charity. It is hoped that many similar projects will follow in the next few years.

To pre-book please call Tania Bechelli on 01339 753816 or email bookings@rothesay-rooms.co.uk 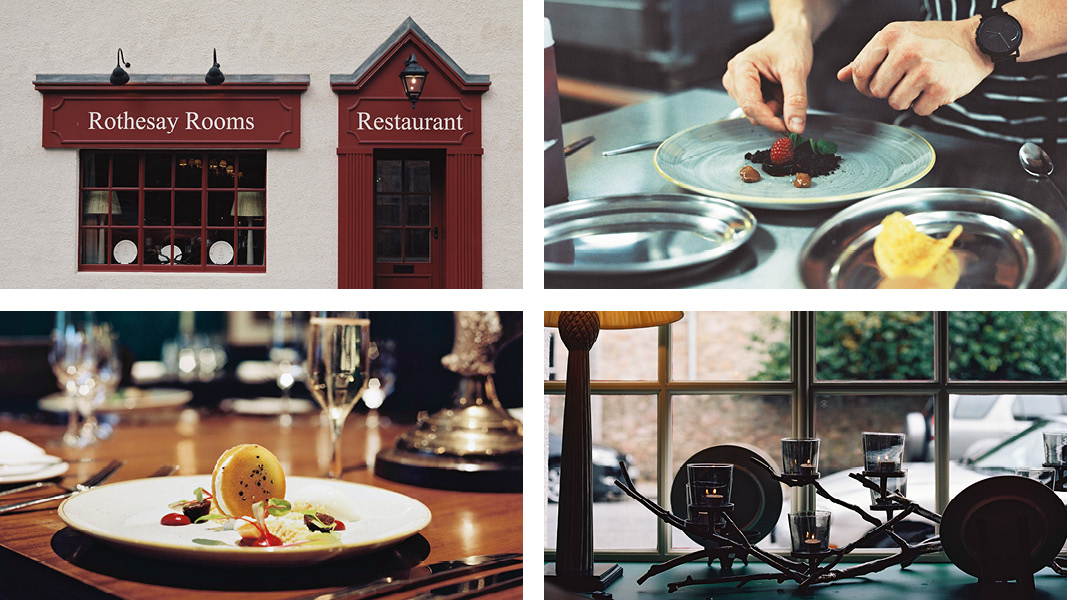