The Chinese Bridge. A breath of fresh air with its delicate curves, tranquil, central pagoda and traditional materials of stone and timber.

An alternative to the 18th-century Adam Bridge as a way across the Lugar Water, the bridge’s design was taken from an original drawing submitted by Scottish architect Robert Weir Schultz in 1899. Weir Schultz and the 3rd Marquis, who once collaborated on a revival of an 18th-century Chiswick garden together, were great friends when the idea was hatched.

With funding having come from The Dunard Fund, architect Keith Ross worked closely with the Duke of Rothesay on the recreation of the Bridge. “The initial design sketch was done in 1899, and in it the bridge is very fine,” explained Gordon Neil, Dumfries House’s Estate Development and Facilities Manager at the time. “Keeping that fineness, without having any huge steel sections put in, was a real challenge for the engineering team. We wanted to make it look as close as possible to the original drawing. We had a really tight time scale too. But the weather was kind to us, and the team pulled it out of the bag. We ended up finishing with a day to spare.”

Today, the bridge difers a little from the original red design, but retains the tranquility and regal dignity of the original plans. And the story of its construction, especially the numerous contractors and tonnes of steel required to create it, surely add to its magic, as a pathway across the river at Dumfries House. 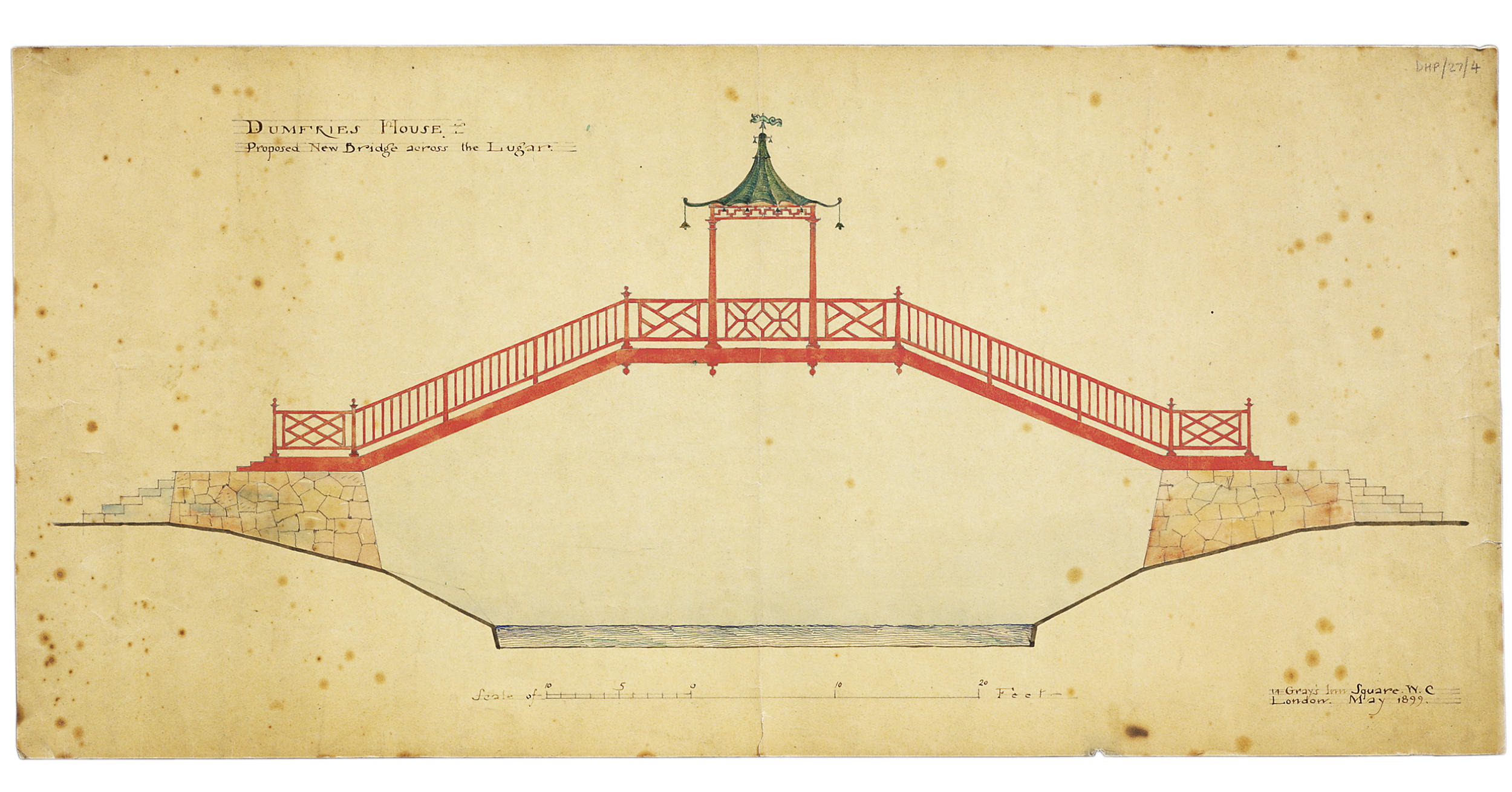 Watch the construction of the Chinese Bridge