The Lady's Well. A small team of skilled apprentices completed a 16-month-long project to restore The Lady’s Well on the Dumfries House Estate in 2019.

The Lady’s Well was dug prior to the House being built for William Crichton-Dalrymple, the 5th Earl of Dumfries between 1768 and 1772. Originally, the well served Leifnorris House but was destroyed by World War II explosives planted by soldiers stationed on the estate who were reportedly smarting after being romantically spurned by a woman from Cumnock.

The apprentices reinstated both the well and its overhead stone structure to its original design and those who worked on the structure honed skills that are valuable to the conservation of many of the UK’s historic buildings. Their work represented the resurrection of a significant part of the history of Dumfries House and will be admired by some of the 140,000 annual visitors to the estate. 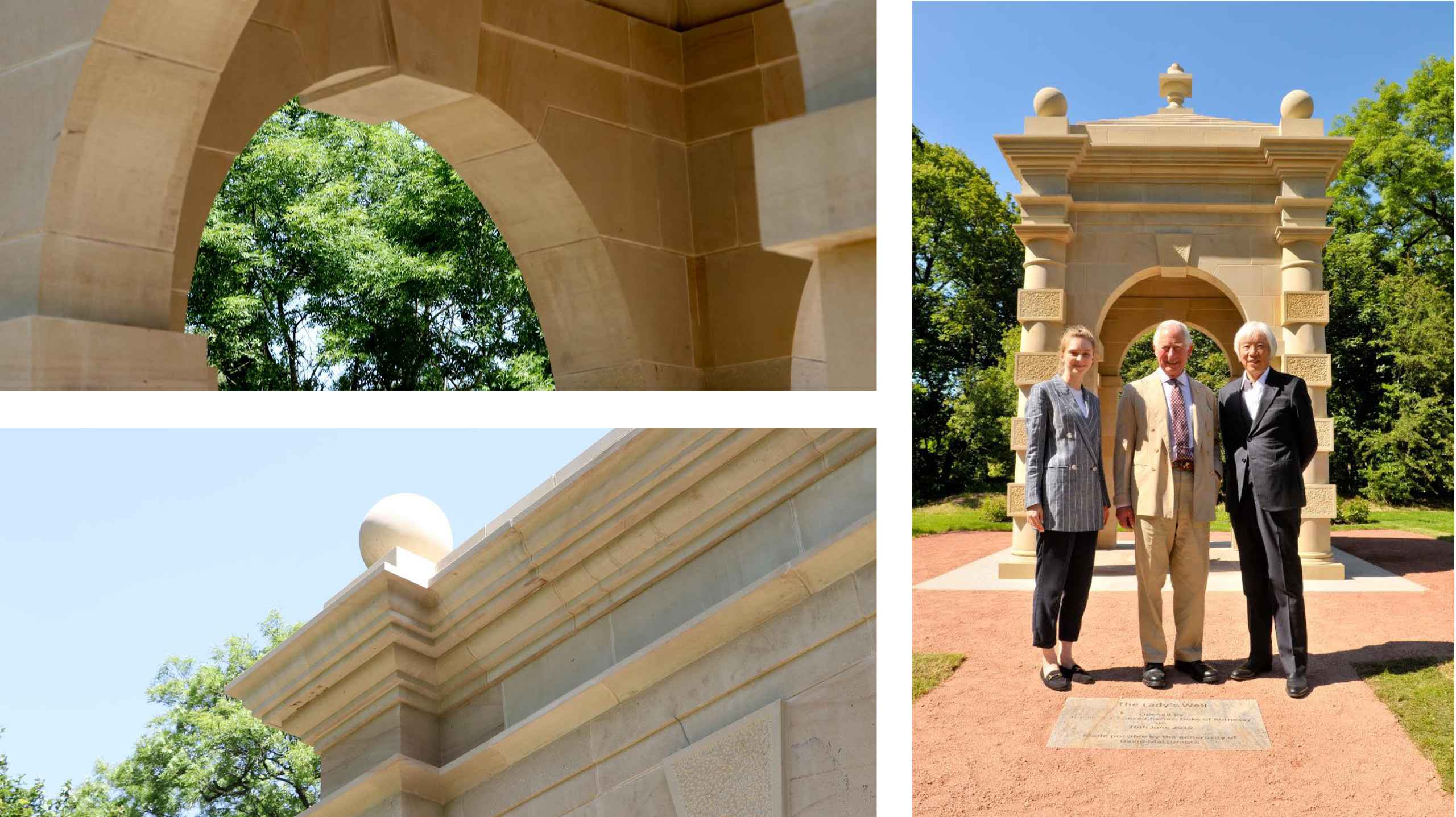